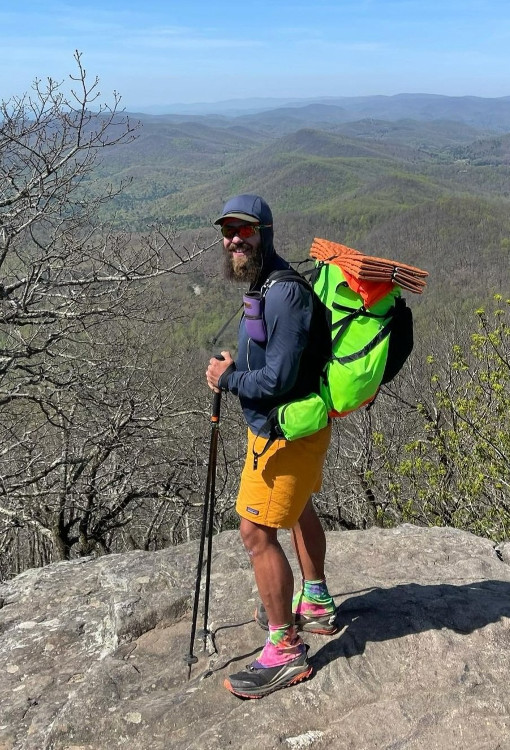 Matthew “The Masochist” Hengst is an accomplished thru-hiker having completed the PCT in 2020 and last year he made his way from Key West, Florida up to New Foundland in Canada spanning 4,400 miles along the Eastern Continental Trail. This year Matt has remained active on trail as he gears up for the last leg of his triple crown, the Continental Divide Trail.

We caught up with him to ask him a few questions and get some insight into the Eastern Continental Trail as well as some of his experience leading guided trips!

NAME: Matthew “The Masochist” Hengst
AGE: 41.
BIO: I spent 20 years working as a software engineer / consultant running out to the mountains almost every weekend to stay sane. Then in 2019 yet again the tech company I was working for started going down underneath me. My girlfriend and I gave a hard look at things and decided it was time for a change so we got rid of our apartment and most of our non outdoor possessions and moved into an inexpensive conversion van moving between local campgrounds. This gave us flexibility to be away for long periods of time allowing us to do the PCT in 2020, the ECT/AT in 2021, and now hopefully the CDT this year.

ULA: Give us a little background info.

MATT: When not hiking I’m an avid scuba diver and I spent two months in Thailand a while back getting my Divemaster cert and I intend to get my instructor rating when time allows. I’m also a peakbagger, paddler, occasional rock climber, and I really want to get back to doing more caving and long distance cycling again when time, knees, and finances allow.

Since 2009 I’ve been an instructor for the Wilderness Travel Course which is a 10 week all volunteer course taught once a year in the LA / Orange County area. The program includes outings to the local mountains, Joshua Tree, and finally 2 nights / 3 days backpacking in the snow at 9,500′ near Bishop California before we switch focus to summer trips across the Sierra. I am also co director of the Sierra Club Advanced Mountaineering Program which runs twice a year and teaches 3rd, 4th, and 5th class rock skills.

ULA: What made you want to hike the trail?

MATT: For years I was fascinated by the dusty trail-worn individuals I’d come across in the Sierra who had started down at the Mexican border and were walking all the way to Canada with nothing but what they carried on their back. So when the opportunity finally came up do it 10+ years later I jumped at the chance. Then 5 months later I found myself in Washington about to finish this trail I’d dreamed about doing for so long. So I decided I needed to try something harder. While the PCT was a big challenge it’s set up to be really straightforward to hike logistically. I’d already been looking at the Florida Trail and when I found out you could start in Key West and connect it with the Appalachian Trail via a route called the Eastern Continental Trail and go all the way into Canada I couldn’t resist.

ULA: Have you thru-hiked before?

MATT: The PCT in 2020 was my first really long trail but I’d done the JMT twice, the slightly obscure Theodore Solomons Trail, and a few shorter ones like the Santa Monica Backbone Trail, Trans Catalina Trail, ect.

ULA: What did you do to prepare?

MATT: I started the ECT only 3 months to the day after finishing the PCT and most of that was spent recovering and getting in as many dives as I could manage. I already had my gear pretty dialed in from the PCT and it wasn’t like I had a lot of hills to worry about in the first 1,000+ miles.

ULA: Any tips for people that might want to hike it?

MATT: The ECT requires a different mindset than something like the PCT or AT. You will be walking along roads sometimes for hundreds of miles at a time and there often aren’t legal camping options on those non trail sections. So you have to get used to diving into the bushes at night and finding a place to stealth camp knowing that if you’re seen you could end up confronted by an irate landowner or local sheriff. Having said that it is an amazing trail and since it starts so far south the hiking season makes it doable in a single year without having to do unreasonably long days or deal with harsh winter weather. And it was really mind blowing to start down in the tropical Keys, wade through the Florida swamps, continue on through the greenery of the Pinhoti / Appalachian Trail, and then get into Canada where I was hopping ferries between provinces as the fall colors just exploded all around me before finally ending at the very northern tip of Nova Scotia.

ULA: What was the hardest part of it?

MATT: The first 100 miles through the Keys were the worst part for me. The endless road walking, traffic noise, and the struggles to find a safe place to stay at night made for a hard adjustment after how positive the PCT had felt. Next to that the swamps, weather, dog attacks, ect were all easier to manage.

ULA: What was your favorite moment of trail?

MATT: Probably the most singular moment other than the very end was crossing Katahdin and finally leaving all the AT crowds behind.

MATT: Knorr rice sides, tortillas, and extra sharp tillamook cheddar is my goto dinner since you can get the pieces almost anywhere. When I can I swap the knorr for santa fe freeze dried refried beans which taste amazing on trail and are super filling. Topped off with a package of Skittles. 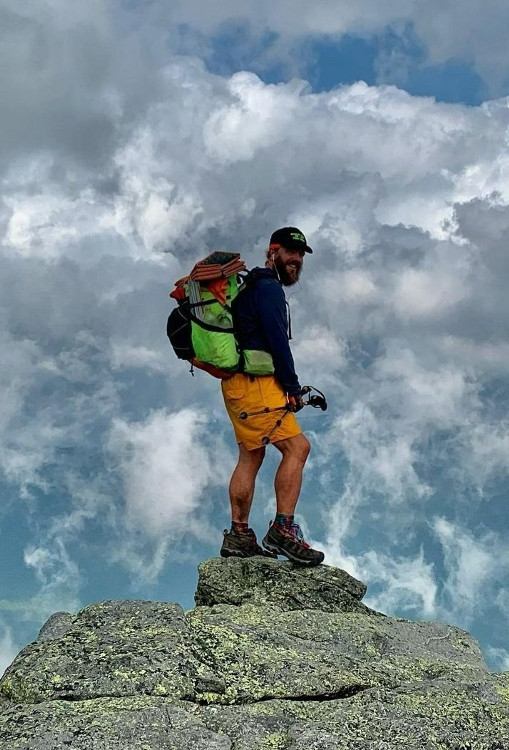 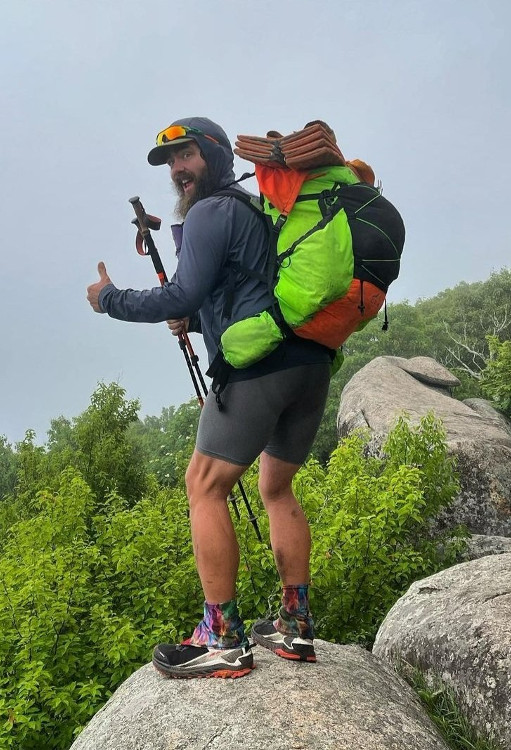 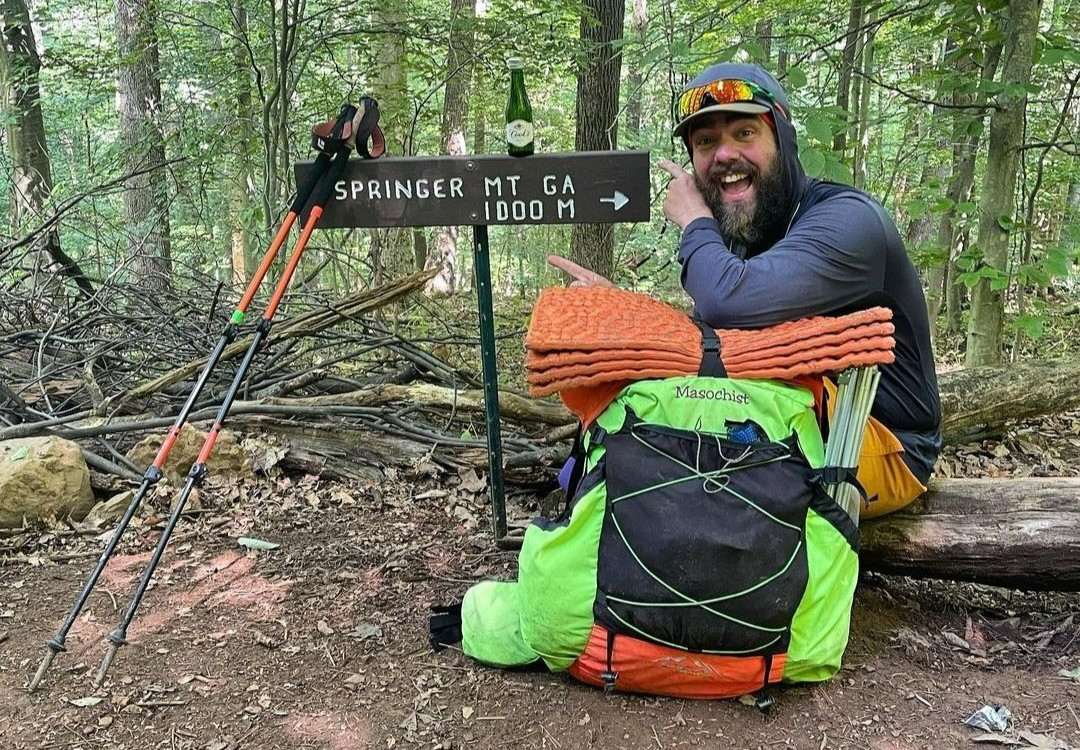 ULA: Any take aways that will carry over into normal life?

MATT: Thru hiking has a way of enabling you to shrug off the little things.

Rained on for a week? Hurricanes, tornado watches, chased by dogs, burned by tide pods, or woken up in the middle of the night with you sleeping bag covered in fire ants? Just get through the day and every morning is a soft reset. And that puts all the everyday challenges of off trail life into perspective.

ULA: What got you into wanting to be a trail guide?

MATT: I took the Sierra Club Wilderness Travel Course in 2008 and absolutely fell in love with the program. Since it’s all volunteer based it collects staff with diverse backgrounds who are all highly passionate about the outdoors.

ULA: What’s the most rewarding part of the program for you?

MATT: We pull in students of all ages and walks of life and it’s a highly rewarding experience to see them come in often not believing their capable of doing something like our final snow camping trip. Then after 10 weeks of building their skills and confidence as they push their comfort zone they come striding out of the Sierra at the end with a huge grin on their face equipped for all sorts of future adventures. That has been what’s kept me in the area despite having many reasons to move away.

ULA: What was the scariest situation you’ve been in?

MATT: That’s a hard one. I’ve had guns pointed at me out in the desert, been woken up at 3 am by someone screaming in terror as a skunk bit them in the face, and been lying deep in the Sierra at the base of a 25 ft fall struggling to breath not sure I was going to make it out.

The single most stressful situation in recent memory was a few years ago when someone took a freak fall during one of my trips and ended up dangling from a tree down a steep icy drainage with a broken leg. I had to climb down, dig out a platform to work on them while holding them in place with my body, and then spent hours getting hammer by snow as a SAR helicopter was unable to reach us due the storms. They finally managed to get to us right before sunset just as I’d started to think we’d need to build a snow shelter to make it through the night.


For years I was fascinated by the dusty trail-worn individuals I’d come across in the Sierra who had started down at the Mexican border and were walking all the way to Canada with nothing but what they carried on their back. So when the opportunity finally came up do it 10+ years later I jumped at the chance.


This site uses Akismet to reduce spam. Learn how your comment data is processed.